With more than three decades of experience in the field of construction, we are now putting our foot forward in the field of environmental consultancy. Our valued consultancy services on Environmental Engineering broadly includes adequacy and treatability studies for existing wastewater treatment plants, basic and detailed engineering for onsite sewage and effluent treatment plants, turnkey execution of proposed sewage and effluent treatment plants, supply of packaged sewage treatment plants, consultancy services for rainwater harvesting as well as liaison with government authorities for environmental clearance. We undertake detailed engineering works for design, manufacture, supply, erection, testing and commissioning of Water and Wastewater Treatment Plants and Projects of Water Distribution as well as Wastewater Collection and Stormwater Disposal Systems. 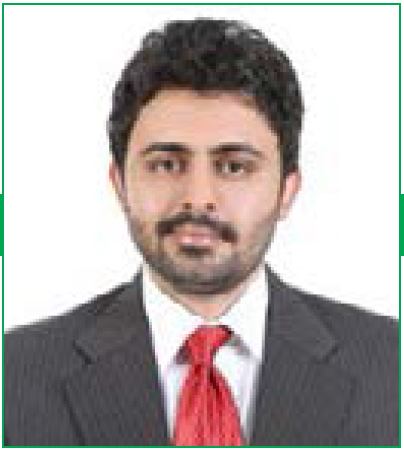 What is Package Sewage Treatment Plant?
Residential complexes, commercial buildings, institutional buildings and infrastructure development projects need to install the sewage treatment plants (STPs) for treatment of sewage generated in premises. The concept of the modern buildings with the sewage treatment units are required to reduce the possible carbon footprints. The Packaged STPs are designed in a way that they fit in places such as basements, parking slots or landscaping area which generally have height restrictions and requires no odour or noise problems. The sewage treatment plant provides highest degree of treatment to sewage so that it can be reused for various purpose such as gardening, flushing, car washing etc.

Extended Aeration Process
Theoretically, the extended aeration process purifies the wastewater by consumption of the organic compounds using air to oxidize the volatile material (both solid & liquid) into inert gases, water & sludge. By continued aeration of these concentrated solids, biological organisms are produced and grow in colonies. The colonies will attach themselves to the volatile materials breaking it down into water, carbon dioxide and ash, the result being a clear and odour free effluent.
Extended aeration packaged plants can be divided into four main treatment stages as given below : 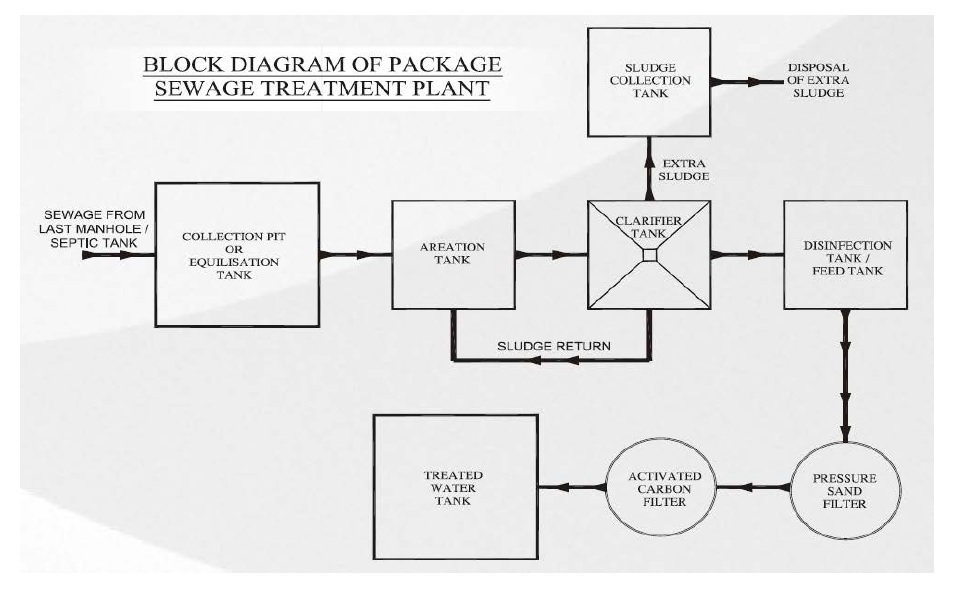 1. Pre-treatment
In case of Packaged STPs, provision of septic tank cum collection tank of raw sewage is fundamentally essential for avoiding the shock load through equalization process. In most of the cases one can avoid the provision of screen for packaged plants as the effluent gets filtered with the provision of jali trap at source. Bar screens are used to trap large particles (i.e. plastic and paper) and prevent them from entering the packaged sewage treatment plant. One can observe 25% of treatment efficiency in pre-treatment processes.
2. Aeration
The next step in the process takes place in the settling compartment called settling tank. Here there is no circulation of effluent so any remaining solids can settle to the tank bottom and can be returned to the aeration chamber for maintaining active biomass. Extra sludge can be disposed off through sludge drying beds of other sludge disposal methods.
3. Settling
In the aeration tank, “Aerobic digestion” or “Wet burning” takes place. Here the pre-treated incoming wastewater is mixed and aerated by air diffusers, located in the bottom of the tank. These diffusers inject ample air to meet the oxygen demand of the aerobic digestion process as well as mix the entire tank contents.
4. Disinfection and Filtration
The last stage before discharging the effluent is Disinfection through different chemicals or Ozone Gas and filtration through activated carbon and sand filters for removal of colour and overflowed suspended particles.